Many processes and threads run parallel when a developer executes a Java program. The architecture behind this execution is complex but understandable when we have deep knowledge of technical terminologies like Bytecode, JVM, JDK, and JRE . The core functionality of JVM is to “Write once, run anywhere”, but understanding how this can be achieved will surely help you to write perfect code.

In this article, we will try to explain to you the working of JVM, its components, and other features of Java programming execution. If you are working on Java or Scala in your respective organizations, these terms are the basis for the fundamentals of the two languages. The understanding and setup for the above become a prerequisite before you start working on these languages.

It is an intermediate code a compiler generates during the compilation of a code. These are similar to the set of instructions for the compiler to perform some operations converted by JVM into machine code. 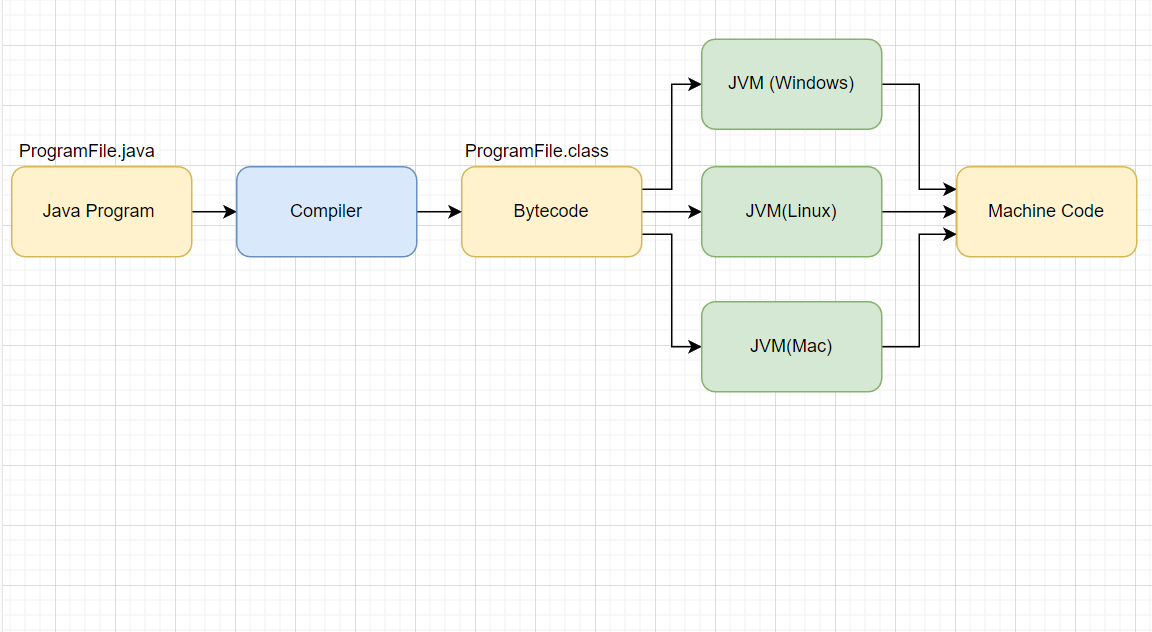 How is the above achieved in a nutshell?

What is JVM (Java Virtual Machine)?

It provides a runtime environment in which bytecode can run. Bytecode and JVM together achieve platform independence. Any programming language whose compiler provides bytecode, as a result, can be run using JVM. Examples of such languages include Java , Scala, etc.

How does the JVM work?

JVM consists of the below key units:

Class loader is the primary unit that starts functioning while doing the below tasks:

The JVM memory consists of the following areas:

The Execution Engine consists of three components, namely an interpreter , JIT compiler , and a garbage collector.

The execution engine does the actual task of converting the bytecode to machine code. The interpreter reads the code, processes it, and executes it. JIT compiler is used to improve the performance of code. The responsibility of the garbage collector is to free up the space owned by unreferenced objects and methods. The garbage collector is a daemon thread that runs in the background.

What is JRE (Java Runtime Environment)?

JRE provides the environment within which JVM can run. JRE is designed for users to run applications that are convertible to bytecode. It can not be used to create new Java programs. In other words, it is a package to run the compiled programs because it consists of JVM, Java Class libraries, java command (java command is used to run any java application), and other infrastructure. JRE is also platform-dependent.

What is JDK (Java Development Kit)?

JDK combines JRE and development tools like compilers, debuggers, etc. In addition to JRE, JDK includes a javac compiler used to compile the Java applications, an interpreter, an applet viewer, a document viewer, and other tools, like jar, javadoc (which converts API documentation from Java source code to HTML . It is useful when creating standard documentation in HTML), jshell and jdb. JDK is created for developers to develop applications and programs. JDK is platform-dependent.

Note: Both JDK and JRE can be used to run java programs.

Pictorially we can understand the above concepts as below: 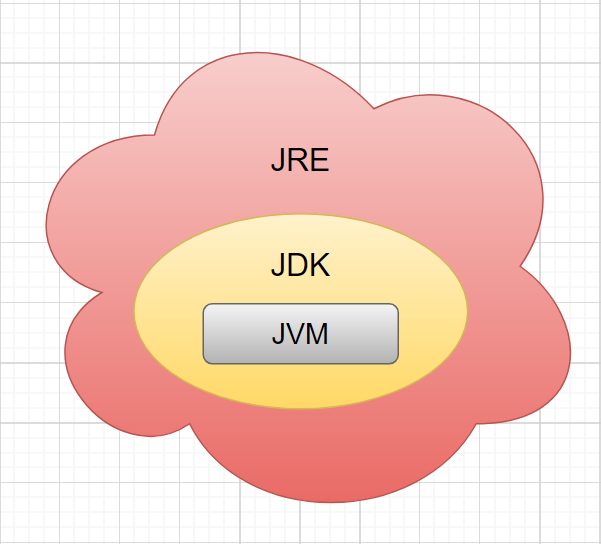 JDK vs JRE vs JVM

Here are some major differences between JDK vs JRE vs JVM:

With this small write-up, we understood the program's environment. After gathering this information, we can write our programs more effectively, where we can picturize our program in terms of JVM and the runtime environment. In future blogs, we will understand the languages in more detail which are compatible with JVM.

Please leave us feedback if you like this article and found it helpful!

JDK is a Java Development Kit that contains essential tools for developing Java applications. On the other hand, JRE is a short form for Java Runtime Environment, which executes Java programs.

Yes, JDK includes JRE, along with all other development tools required for developing Java applications.

Bytecode is an intermediate code or intermediate representation of a Java program. JVM takes bytecode and converts it into machine code.

No, you cannot run a Java program without installing JDK because it contains all the essential development binaries required for the execution of Java programs.

Java vs Scala - How Do They Differ?

With the availability of a bunch of popular programming languages for development, Java a…

How to Become a Java Developer? A Step-By-Step Guide

What is Java Used For? - 17 Real-World Java Applications

With a plethora of programming languages out there, Java has been one of the most popular ones sinc…